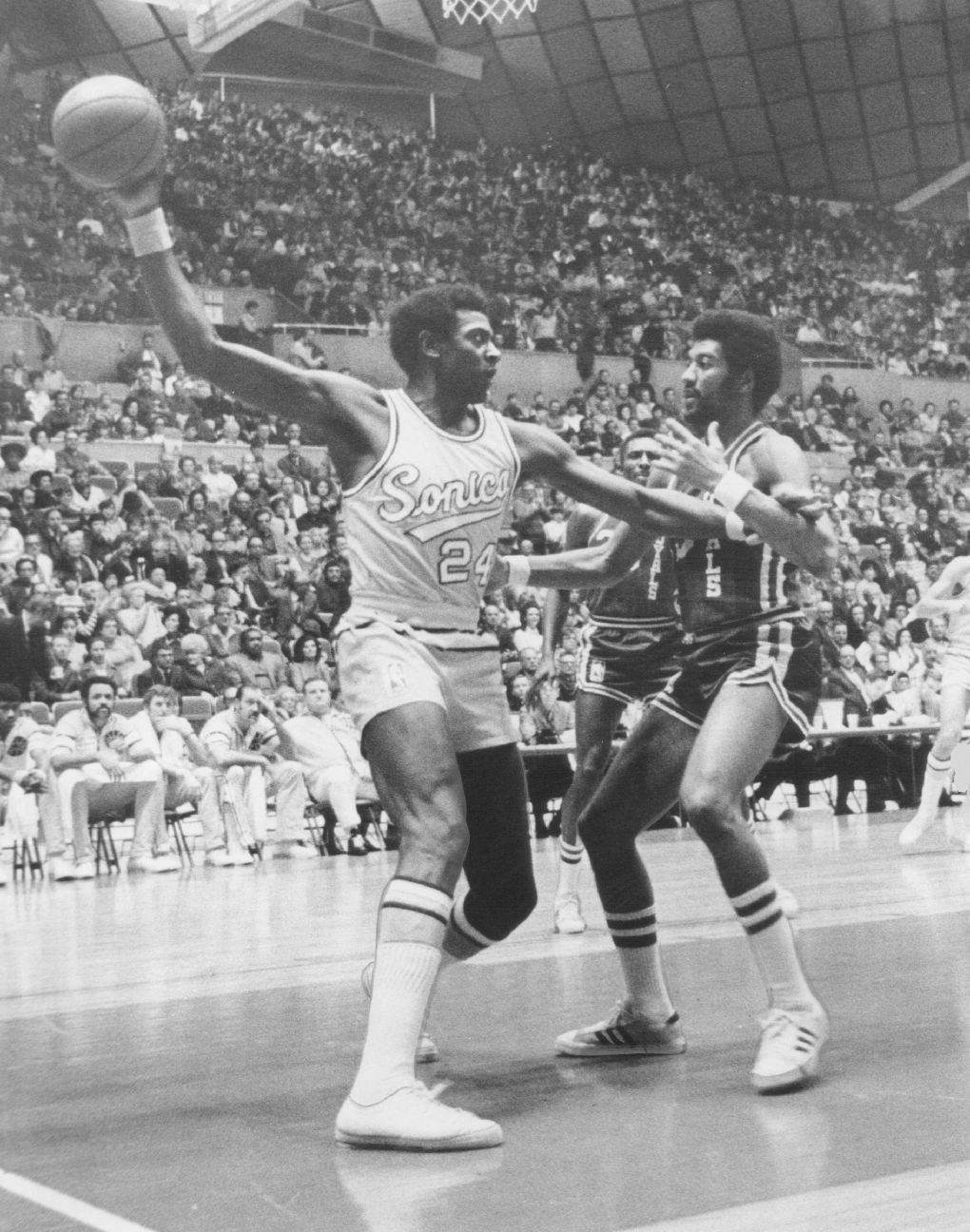 A member of the SuperSonics from 1970-1975, Spencer Haywood was the first bona-fide NBA superstar produced in Seattle. Remembered as one of the most dominant forces of his era, Haywood ranks among the best players to have donned the Sonics uniform.

After starring on the 1968 U.S Olympic team and playing two successful college seasons, Haywood opted to join the fledgling ABA due to NBA eligibility rules that prohibited players from entering the league until their college class graduated.

After averaging an astounding 30 and 20 during his lone season in the ABA, Haywood was signed by the Sonics but quickly embroiled in a high-profile lawsuit case against the NBA that went all the way to the Supreme Court. Eventually, Haywood and Sonics owner Sam Schulman successfully forced the NBA into a settlement, allowing Haywood to suit up for Seattle. This victory was a watershed moment in league history for player power and autonomy.

During his time with the Sonics, Haywood made 4 All-Star Games and is one of 2 Sonics to have made multiple All-NBA First Teams, along with Gary Payton. Haywood was consistently great across his 5 years in Seattle, averaging 25 and 12 with 1.5 blocks per game. His 29.2 points in the 1972-73 season are the most ever in a season by a Sonic. Haywood was the catalyst for the Sonics’ first ever playoff appearance in 1975, where he helped lead the team to a first-round series win against the Pistons. Haywood’s number 24 was retired by the Sonics in 2007.