View All Products
Shop All Sonics 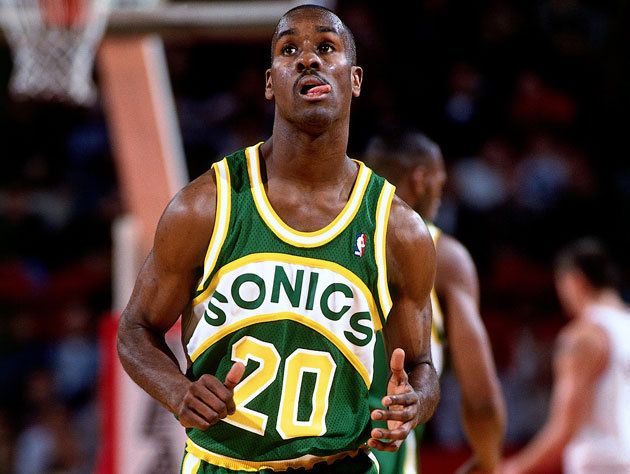 Taken with the #2 pick in the 1990 NBA draft Gary Payton was (at the time) the highest draft pick in Sonics history. A highly-touted point guard out of Oregon State by way of Oakland, Payton enjoyed an immensely successful college career; he graduated with school records in every major offensive and defensive category and remains one of the greatest Pac-12 players ever.

Along with Shawn Kemp, Payton was a cornerstone of the successful Sonics teams of the 1990’s. A 9x All-Star and 9x All NBA player with Seattle (including 2 First Teams in 1998 and 2000), Payton remains the most decorated Sonic in franchise history. Nicknamed “The Glove” for his suffocating defense, Payton is widely considered to be the greatest defensive point guard of all time. Perhaps most notable is his excellent defense on Michael Jordan in the 1996 Finals, which helped bring about two of the worst Finals defeats of the Bulls dynasty. Payton’s 9 All Defensive First Team awards are tied with Michael Jordan, Kobe Bryant, and Kevin Garnett for the most all-time.

Though most known for his defense, Payton grew into a deadly scoring threat as he progressed in his career. As he added muscle, he developed an assertive back-to-the-basket game and would routinely destroy smaller guards on post-ups. Always a great passer, Payton averaged over 8 assists per game from 1994-2003. Payton retired as the Sonics franchise leader in points, assists, and steals.