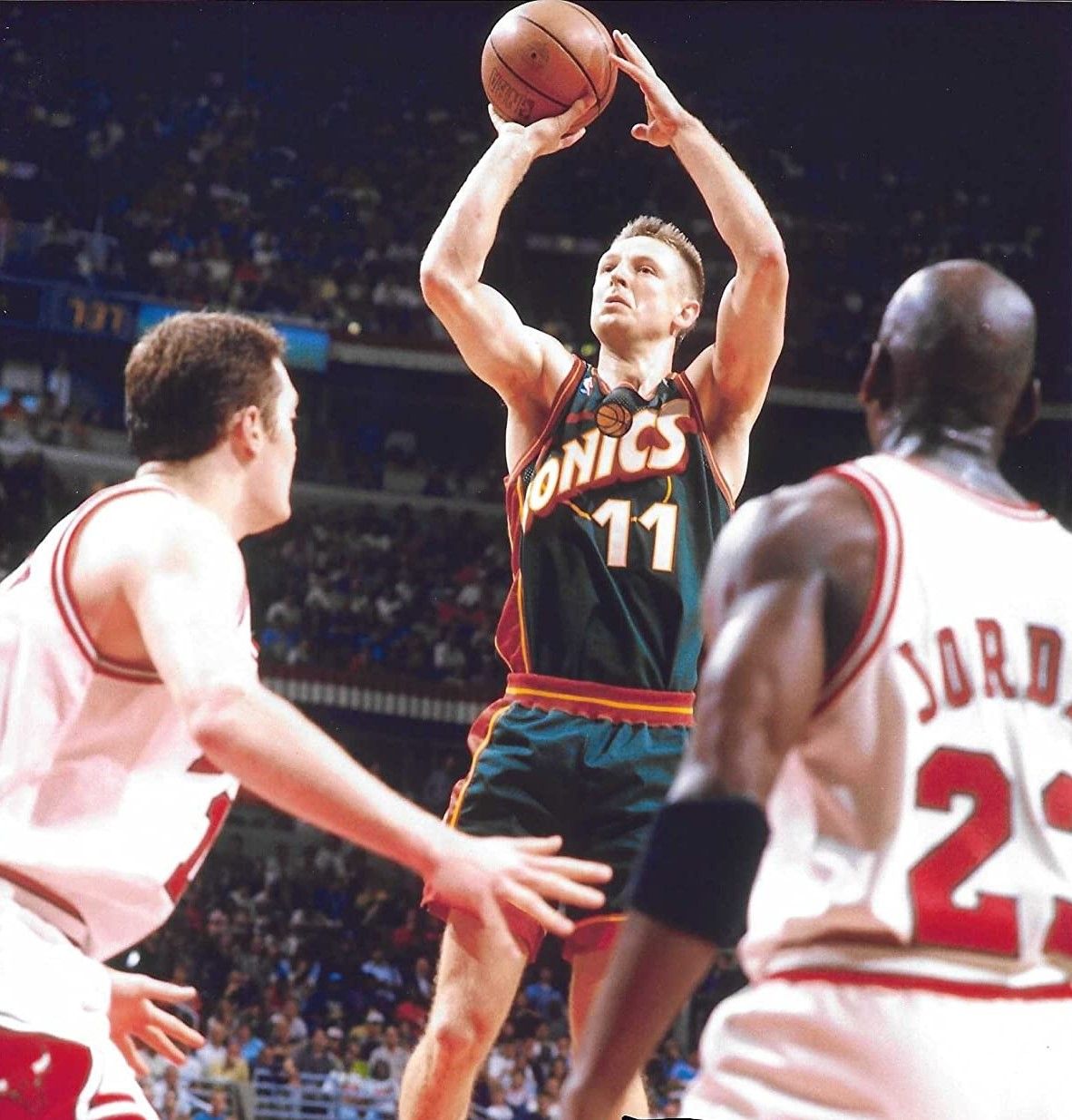 Born in West Germany, Detlef Schrempf first came to Washington State in 1981 as a high school exchange student and promptly led Centralia High School to a state championship. The talented forward stuck around for his college ball, playing four years at the University of Washington. Drafted 8th overall by Dallas in the 1985 NBA draft, Schrempf spent time with the Mavericks and Pacers before being dealt back to Seattle following the 1992-93 season.

Known as one of the NBA’s first breakout European players, Detlef Schrempf was a key piece of the successful Sonics teams of the 1990’s along with Gary Payton and Shawn Kemp. A 3x All-Star (twice with the Sonics, 1995 and 1997) and All-NBA 3rd teamer in 1996, he was known as a scoring threat from anywhere on the court. Schrempf paired a 6’10” frame with a silky touch from the perimeter – his inside/out game helped pioneer the stretch four position, providing a blueprint for players like Dirk Nowitzki and Peja Stojaković.