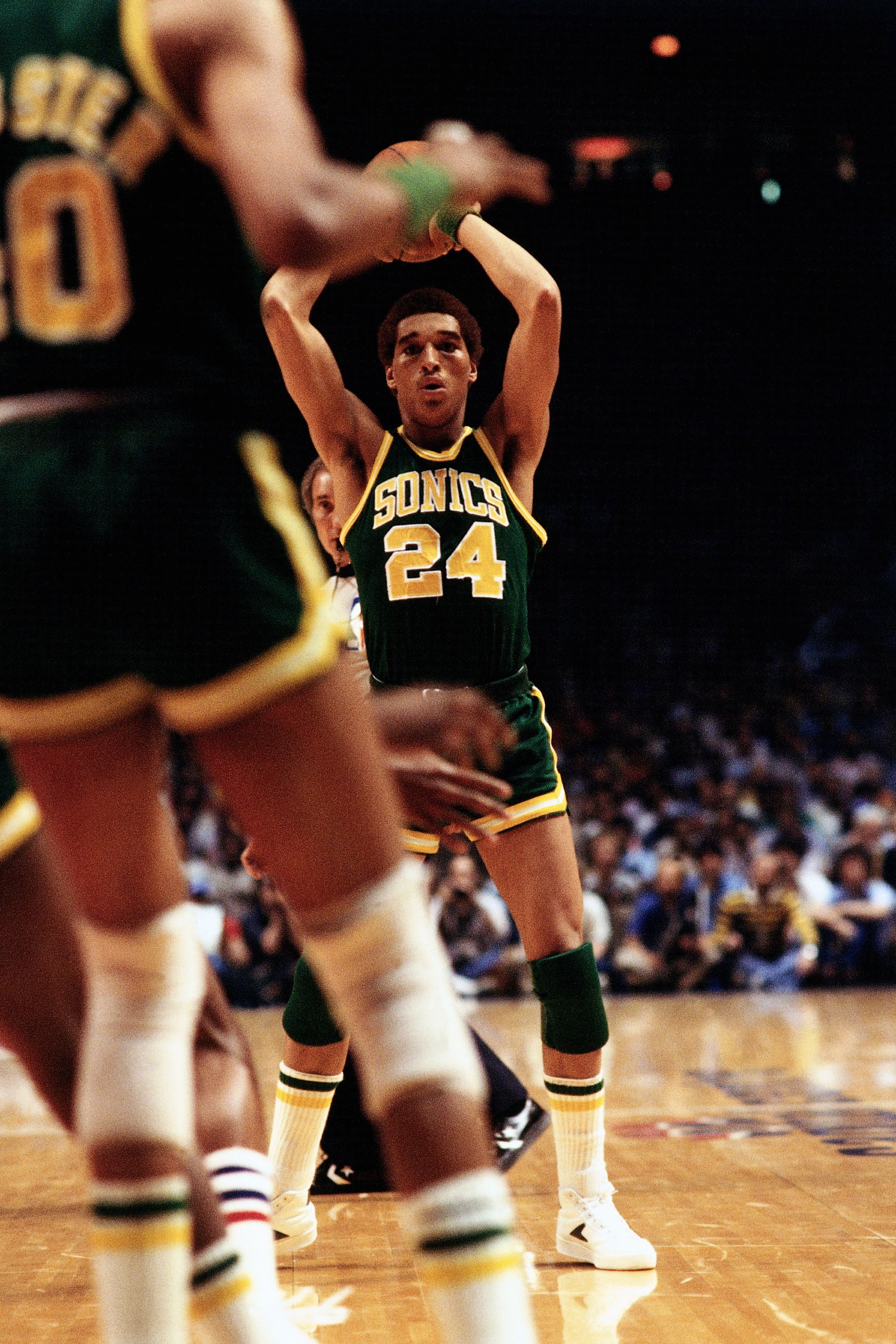 Drafted by the Sonics in the second round of the 1976 NBA draft, Dennis Johnson was by many accounts a late bloomer. An undersized guard during his high school days, Johnson (nicknamed DJ) played 3 years at Los Angeles Harbor College before getting a scholarship offer from Pepperdine, where he led the Waves to an NCAA Tournament berth and played impressively against UCLA.

During his rookie season, DJ backed up Seattle’s established backcourt of Slick Watts and Freddie Brown before being inserted into the starting lineup in his second season by new coach Lenny Wilkens. Johnson’s tenacious style of play helped him carve out a niche in the league and his intensity was a key factor on some of the greatest Sonics teams of all time. DJ shone in his new role and Seattle’s three-man backcourt of Johnson, Gus Williams, and Brown was the toast of the NBA.

From 1978-1980, Johnson averaged 16 ppg while making 2 All-Star games and 2 All-NBA Defensive First Teams for the Sonics. Known as a high flying dunker early in his career, Johnson brough an electricity to a young Sonics team poised to take the NBA by storm. DJ helped lead the Sonics to their first Western Conference title In 1978 and their first NBA championship in 1979. Johnson’s 22.6/6 slashline (along with 2 blocks and 2 steals/game) was good enough to win the 1979 Finals MVP, making him the first and only Finals MVP in Sonics history. During his run with the Sonics, DJ delivered many other memorable playoff moments, including a guard-record 7-block game in the 1978 Finals and the NBA’s first-ever game-winning 3-pointer against Milwaukee in the 1980 second round.

After being traded from Seattle, Johnson eventually landed as the starting point guard for the legendary Celtics teams of the ‘80s. Playing alongside Larry Bird, Kevin McHale, and Robert Parish, DJ won 2 more NBA championships in Boston. The great Larry Bird called Johnson the best player he ever played with.

Shop now
Your are successfully subscribed for email notifications.
✖

Notify me when available

We will send you a notification as soon as this product is available again.

Your email is requried